Artist Zineb Sedira, who will represent France at the 59th International Art Exhibition La Biennale di Venezia in 2022, has chosen the curatorial team comprised of Yasmina Reggad, and Sam Bardaouil and Till Fellrath of Art Reoriented to curate her exhibition for the French Pavilion.

As a leading voice of her generation, Zineb Sedira who was born in France of Algerian descent, has been instrumental in expanding the discourse within contemporary artistic practices by exploring alternative histories of colonialism and contested historical narratives, as well as addressing in her work questions of collective memory and heritage. Since the beginning of her career, she has elaborated a polyphonic vocabulary that embraces autobiographical narration, fiction and documentary genres.

When asked about her choice of curators, Zineb Sedira said: "Yasmina, as well as Sam and Till each have a distinct curatorial approach, based on thorough research, an unwavering curiosity, and an uncompromising commitment to the artists they work with. Their respective experiences complement each other in an ideal way: Yasmina as a curator, writer and performance artist, Sam and Till as a multidisciplinary academic and curatorial duo. I have collaborated with them on many projects over the past years, and with their knowledge and intuition, I believe that we will create a project that is both meaningful and timely."

Yasmina Reggad and Zineb Sedira co-founded aria (artist residency in algiers), a platform that has hosted international artists, curators and institutions in Algiers since 2012. They travelled together by plane and train the 1932 Imperial Airways commercial route that linked London to Karachi for the installation Air Affairs commissioned by Sharjah Art Foundation in 2018. More recently, Yasmina Reggad accompanied the artist when she uncovered hidden sites and treasures in the archive of the Cinemathèque of Algiers in preparation of her solo exhibition A Brief Moment at Jeu de Paume in 2019.

About their long-term association, Yasmina Reggad said: "Zineb has always been a great supporter of younger generations of art practitioners. She encouraged me as I was growing as a curator, and later as a performance artist. It means a lot to me to be working alongside her in this key moment in her career as she represents our country, France, at the next edition of the Venice Biennale."

Sam Bardaouil and Till Fellrath have collaborated with Zineb Sedira on several projects over the past decade, including the commission of the large scale two-channel video and sculptural installation The End of the Road for the opening of Mathaf: the Arab Museum of Modern Art in Doha in 2010, as well as an exhibition at the Gwangju Museum of Art in South Korea in 2014, and her first solo exhibition in New York at Taymour Grahne Gallery in 2015.

In commenting on their appointment, Sam Bardaouil and Till Fellrath said: "We have a long-standing and close working relationship with Zineb, and we are thrilled to support her in developing the exhibition for the French Pavilion at the 59th Venice Biennale. Zineb is not only an iconic and leading figure of the contemporary art scene in France, but throughout the world. Her multi-facetted artistic practice, rooted in her diverse cultural background, puts her in a unique position to address in her work the most pressing issues of our time." The French Pavilion is jointly commissioned by the Institut français, the French Ministry of Europe and Foreign Affairs, and the French Ministry of Culture. It is located inside the Giardini and was built in 1912 by the Italian architect Faust Finzi. The exhibition of Zineb Sedira will be on view from April 23 until November 27, 2022.

Zineb Sedira lives in London and works between Algiers, Paris and London. Sedira studied at Central St Martin's School of Art, Slade School of Art, and at the Royal College of Art in London. She is the founder of aria  (artist residency in algiers).

Zineb Sedira is represented by the Kamel Mennour (Paris) and The Third Line (Dubai) galleries.

Yasmina Reggad is an independent curator, writer and performance artist based in Brussels, Belgium. She holds an MA in Medieval History from the Sorbonne University. She co-funded and is currently the curator of aria (artist residency in Algiers). She previously worked at the Delfina Foundation and Art Dubai Projects.

Her research and projects focus on the politics of futurity, investigates alternative systems of knowledge and artistic modes of production, and explores performative methodologies inspired by dance and performance notations.

As a performance artist, Reggad has recently staged the first two episodes of her project we dreamt of utopia and we woke up screaming at Kaaistudio’s (Belgium), Jeu de Paume (France), Tabakalera International Centre for Contemporary Culture (Spain) and Biennale Warszawa (Poland). She is a Fellow 2019-2020 of the Sundance Institute Theatre Program.

About Sam Bardaouil and Till Fellrath

Sam Bardaouil and Till Fellrath are Founders of Art Reoriented, a multidisciplinary curatorial platform, launched in New York and Munich in 2009. They are Curators of the Lyon Biennale in 2022, and Affiliate Curators at Gropius Bau in Berlin. They are internationally recognized independent curators and award-winning authors known for their rigorous inter-temporal, trans-cultural, and cross-disciplinary approach. Their curatorial practice is rooted in global contemporary artistic practices, as well as in the field of modernist studies, and they have taught at various universities, including the London School of Economics and New York University.

As an independent voice, Bardaouil and Fellrath have collaborated as a duo over the last ten years, engaging with a wide range of institutional models worldwide. Some of their exhibitions include Walking through Walls, Ways of Seeing, Surrealism in Egypt, Mona Hatoum: Turbulence, Dansaekhwa and Korean Abstraction, Staging Film, Tea with Nefertiti, and Told Untold Retold. Their exhibitions have been shown in institutions worldwide such as Centre Pompidou in Paris, Villa Empain in Brussels, Kunstsammlung K20 in Dusseldorf, Mathaf: Arab Museum of Modern Art in Doha, Moderna Museet in Stockholm, IVAM in Valencia, Reina Sofia in Madrid, Tate Liverpool, Gwangju and Busan Museums of Art in South Korea, Beirut Exhibition Centre, and ARTER in Istanbul. In 2016 they were part of the team of curatorial attachés of the 20th Biennale of Sydney. At the Venice Biennale, they were curators of the Lebanese Pavilion in 2013 and the Pavilion of the United Arab Emirates in 2019. 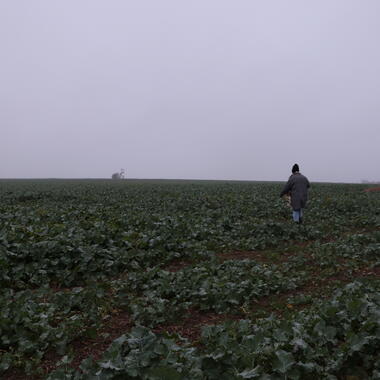 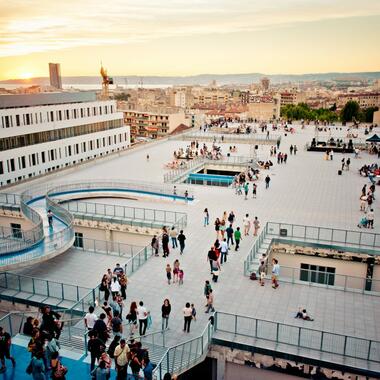