Why a FranceDanse Germany edition?

The FranceDanse editions showcase French choreography. Through solos, duos and group pieces put together for major national theatres and experimental workshops and meetings with the public, FranceDanse lets you discover well-known and emerging artists who have had little experience of performing abroad. After the 2016 edition in Brazil and the 2017 edition in Central and Eastern Europe, the project will be rolled out in Germany in 2019-2020 and then in the United Kingdom in autumn 2019.

French choreographers, whether they come from a contemporary dance or urban dance background, are already well recognised and have performed extensively in Germany. With an average of 90 performances per year by some 40 companies, Germany is the world’s leading host country for French dance.

This is why France-Danse Germany 2019-2020 focuses on two areas that have been little explored until now: the Grands Théâtres ballets and creation.

Germany is home to a large number of ballet companies (70) with remarkable technical and artistic qualities throughout the country. From the point of view of French choreographers, this represents an opportunity to work and create with large casts and prestigious institutions.

For Germany, it is an opportunity to branch out into works written by French choreographers from all generations and from several aesthetic worlds. The choice of three choreographers was made in close collaboration between the Institut français and ballet company representatives.

The opportunity for French choreographers to create a piece with a ballet company from the great German theatres is a first and should allow opportunities, similar to what has already been done by French directors in the same theatres.

Finally, opening up to new German audiences by offering them more contemporary aesthetics supported by French choreographers should increase the visibility of artists and partners.

Alongside these creations, highlights by several Berlin organisations(Akademie der Künste , Étape Danse at Fabrik Potsdam, Kunstfest Weimar and Berlin Circus Festival) will take place in Berlin on the last weekend of August.

From 27 August to 1 September, body and movement cultures will meet in Berlin. With the international festival Tanz im August, the programme for the Akademie der Künste A Century of Dance, the Étape Danseproject at Fabrik Potsdam, theKunstfest Weimar  festival and the new Berlin Circus Festival performing on the tarmac at Tempelhof Airport, there are many opportunities to explore Berlin's rich artistic offer and to network with German and international colleagues.

The Akademie der Künste will bring together a large international community of artists and carry out major programming work in all artistic fields. For several years it has been carrying out a project on dance archives, their transmission and updating. In the summer of 2019, a major exhibition covering the twentieth century of dance, The Century of Dance, will be inaugurated. This event will be accompanied by an ambitious dance programme, covering French choreography of the last 30 years.

The advent of dance at the beginning of the 20th century will be presented in different forms, from its evolution towards dance-theatre to post-modernism and contemporary dance. The historical and artistic contexts will be highlighted throughout the event.

In 2010 the Bureau for Theatre and Dance started an Étape Danse dance residency programme with Fabrik Potsdam, a very active place for Franco-German cooperation, and added the Uzès Danse Festival and the Théâtre de Nîmes in 2011. Ever year this programme hosts two choreography companies (one French and one German) supporting their creative process by offering two to four weeks’ work experience with Potsdam (for French and German companies) and Nîmes (for the German company). The creations are then performed at Fabrik Potsdam, Uzès Danse and the Théâtre de Nîmes.

The Étape Danse project in Potsdam will put on an end of residency performance on 29 August. 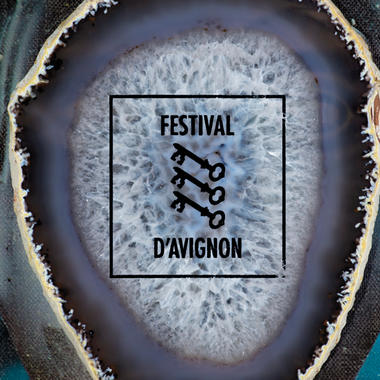